Charlie Parker Plays Bossa Nova, or Not Just Another Monkey

The American version of First Person Singular came out today from Knopf in Philip Gabriel's translation. When I saw the book, I thought to myself, "Oh, another monkey," remembering the many European cover designs featuring monkeys that I shared in a previous post. I had seen the cover on Amazon before, but holding the book in my hands, I discovered that there are in fact even more images of monkeys on the back cover and inside. 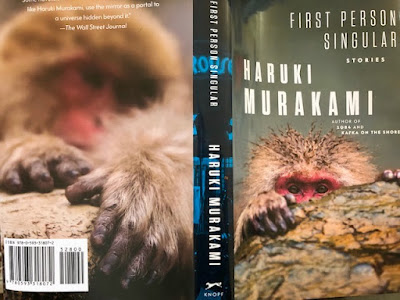 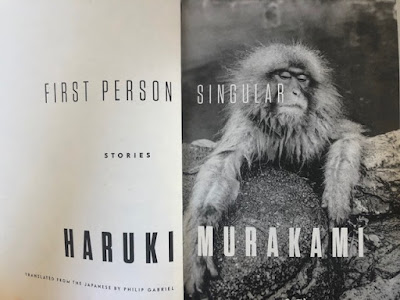 Having checked that the book was designed by the very creative Chip Kidd, I was a little disappointed until I took off the dust jacket. This is what is underneath: 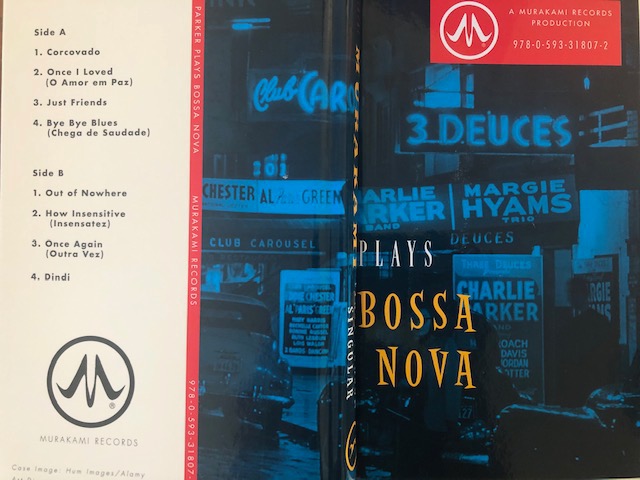 This is in fact the jacket of the non-existent album Murakami made up in the story "Charlie Parker Plays Bossa Nova!" I love this cover - and I loved the story. It turns out I was not the only person who loved it. 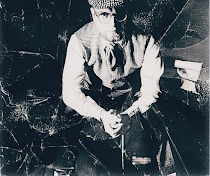 The Polish translation inspired composer and producer Miłosz Konarski (picured left) to create a new album with saxophonist Wojtek Rejdych (pictured below). The album has the same title and was released today, on the day the English version of the book came out. You can read more about the album or stream it at: https://charlieparkerplaysbossanova.com/ (which is where the pictures came from). 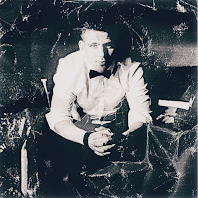 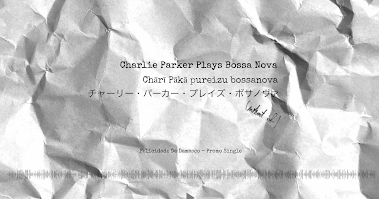 What I probably enjoyed most when translating this collection were the poems from the story "The Yakult Swallows Poetry Collection." These funny, clever compositions were supposedly written by the narrator - Murakami - when watching games played by his favorite team, the Yakult Swallows. The poem I found most amusing was titled "Outfielders' Butt," and I was thinking that maybe some baseball-related element would make it to the cover.

The butt of the Hiroshima Carp's player Shane
Is deeply thoughtful, cerebral.
Reflective, you might say.
People really should have called him by his full name,
Scheinblum.
If for nothing else, then to show respect for that one-of-a-kind butt.

For the next post, I will try to collect translations of these lines into a few languages.

Murakami Monkeys in Europe: First Person Singular out in a Few European Countries

The first two, which appeared in January, were the German translation by Ursula Gräfe (Dumont) and the Norwegian version by Ika Kaminka (Pax). The Norwegian cover seems to be inspired by the story of the Shinagawa monkey. 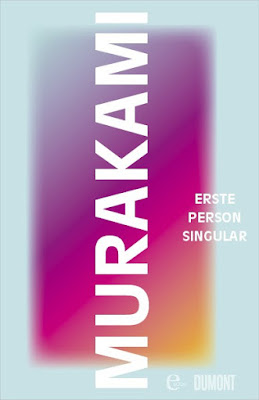 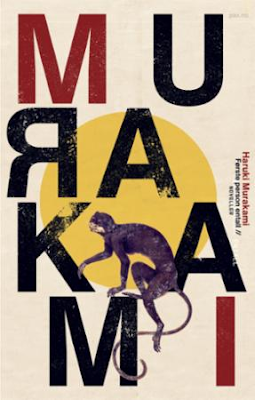 March brought three more translations, all of them featuring monkeys on their covers, albeit each quite different in terms of color and style. The Italian version came out on March 9. The translator is Antonietta Pastore and the publisher Einaudi. The Danish translation appeared just a few days ago, on March 26, in Mette Holm's translation from Klim. Mette says that the first reviews are good. 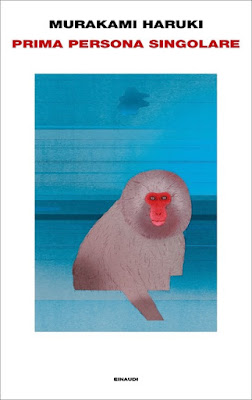 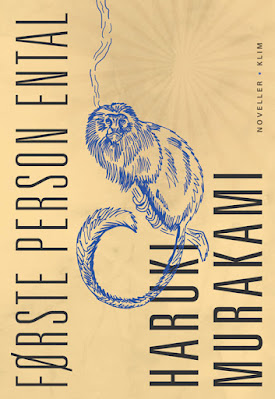 The translator of the Dutch version, Elbrich Fennema (Atlas Contact), decided to promote the book herself; with the help of a grant from the Dutch Literature Foundation, she produced a book trailer. The purpose was to explore new ways of reaching readers during the pandemic. Here is the link to the trailer on Vimeo and the front and back covers of the Dutch version. 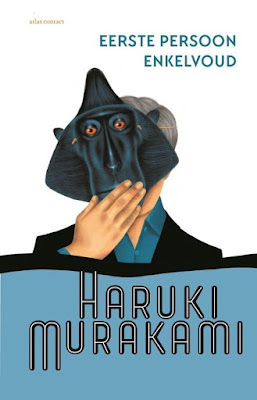 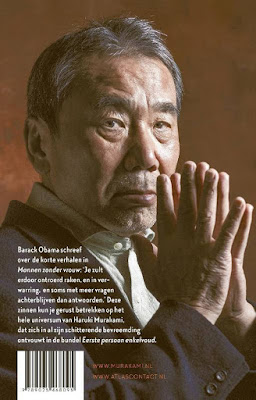 The Vimeo page also gives a link to Elbrich's webpage, where one can find information about her writing, translations, etc. as well as her reactions to reviews (they can be read using Google Translate!).
The English version, translated by Philip Gabriel, is due to come out on April 6.
Posted by Tazaki Tsukuru at 2:21 PM No comments:

First Person Singular in Polish and in English (in April 2021), and Pinball, 1973 in Turkish

Breaking news from the publishing front: my translation of Murakami's latest story collection, Ichininshō tansū (First Person Singular), has just appeared in Polish bookstores. Here's what it looks like