More on Singular or Plural, and on Womanless Men

When I wrote my previous post (3/29) about how to translate the title Onna no inai otokotachi, I mentioned that Haruki Murakami said in the preface to the anthology that, despite appearances, the title of his book is not meant to be a translation of the title of Hemingway's 1927 anthology, Men Without Women.  He also mentioned that Hiroshi Takami translated the title as Otoko dake no sekai (A man's world?). At the time, it did not occur to me to see whether any other, earlier Japanese translations existed. Having now checked, I have made two discoveries:  first, there are two other Japanese translations, and second, in both cases, Onna no inai otokotachi is, in fact, precisely the title used.

Here are the three covers. The first is Hiroshi Takami's translation published by Shinchosha in 1995. The second is the 1977 translation by Katsuji Nakamura, published by Kodansha. The third, by Nobuo Ayukawa, came out from Kochi Shuppansha in 1982. Given that everyone knows how familiar Haruki Murakami is with American literature, I am afraid that no matter what he says in the preface to his anthology people will inevitably make the connection to the anthology of Hemingway... 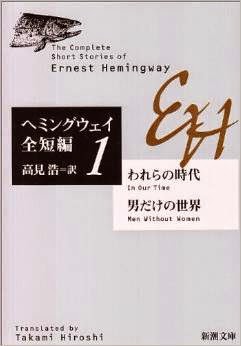 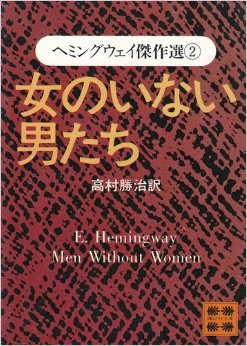 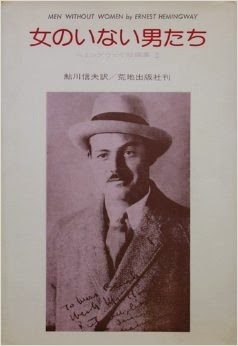 Here are two more translations of Onna no inai otokotachi. 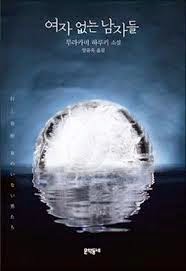 This is the Korean version, which came out in August, 2014, in a translation by Yang Ŏk-Kwan. Having consulted with my Korean colleague, I believe that the title is pretty much a literal translation of the Japanese one. The word "onna" (or its Korean equivalent, yeoja 여자) can be singular or plural (as in the Japanese), and the word "otokotachi" (namjadeul 남자들) is plural (also as in the Japanese). 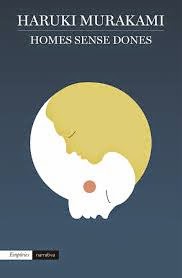 And this is the 2015 Catalan edition in Albert Nolla Cabellos's translation. The title means "Men Without Women."
Posted by Tazaki Tsukuru at 1:53 PM

Other Murakami-related sites and blogs